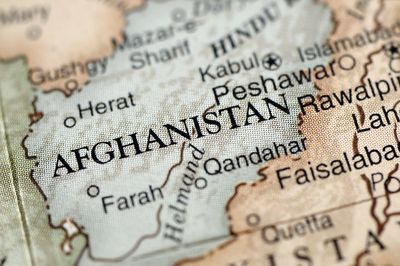 As the U.S. withdraws troops from Afghanistan, President Joe Biden has vowed to continue support for Afghan women and girls “by maintaining significant humanitarian and development assistance.” Further, on a visit to Afghanistan, Secretary of State Antony Blinken firmly stated that the U.S. will continue to advocate “for equal rights for women, including their meaningful participation in the ongoing negotiations and their equal representation throughout society.” The importance of this focus is highlighted by the recent horrific attack on a school in Kabul, killing 50 people, many of them women and girls.

The Women, Peace, and Security Act (WPS Act), enacted in 2017, commits the United States to increase the participation of women in peacekeeping and security operations, and to support the inclusion of female negotiators, meditators, and peacebuilders around the world.

The WPS Act is critical to fulfilling the U.S. commitment to women and women’s rights in Afghanistan. It is important for the United States to use all possible tools in this regard, given the difficulties and uncertainty of a lasting and equitable peace with the Taliban. That includes continued support for the four women who are part of the Afghan government delegation to peace negotiations: Habiba Sarabi, former governor of Bamiyan province; Fatima Gailani, president of the Afghan Crescent Society; Sharifa Zurmati Wardak, a journalist and former member of the Afghan Independent Election Commission; and Fawzia Koofi, a member of the Afghan Parliament. They are emblematic of women leaders and advocates in Afghanistan: smart, committed, and dedicated to building a strong future for all Afghans.

There is ample evidence that when women participate in peace talks, outcomes are more sustainable. When women are engaged in peace processes, peace agreements are 35 percent more likely to last at least 15 years.

I have seen firsthand the impact of women’s leadership across Afghan society. From 2012 to 2013, I served at the U.S. Embassy in Kabul, where I focused on women and civil society, and traveled extensively to work with individuals and organizations advancing the role of women in Afghan society. I met women and girls all over the country, working to build a stronger and more equitable society. They were teachers, businesswomen, journalists, civil society activists, health care workers, students, and government employees. Afghan women have been key players in reshaping Afghan society, building on their history. These women have been advocates throughout the lengthy process of engaging with the Taliban for a ceasefire and for protecting fundamental rights.

However, the presence of the four women alone in the Afghan delegation is not enough to protect women’s rights.

Two more actions can demonstrate the seriousness of the U.S. commitment. First, officials at the highest levels must be laser-focused on the end result of peace negotiations: an agreement that preserves women’s rights. The Biden administration must ensure that any accord has strong provisions that guarantee Afghan women a role in shaping their society. Without such a framework, it is unclear how the United States and other international actors could support an agreement. This means continued diplomatic and development support for women in civil society, media, the private sector, and the public sector. It includes continuing work to ensure that legal frameworks are respected and that policies ensuring the rights of women and girls — whether about access to finance, education, or health — are implemented.

Second, every plank of a proposed agreement between the Afghan government and the Taliban must be analyzed with a gender lens. Amid a process that will reshape Afghanistan’s policy and legal framework for years to come, it is essential to understand the differential impact policies have on women and men, girls and boys.

Using a gender analysis on all aspects of any agreement is important. We often think about access to education or health as the only issues that impact women and girls, but every issue that is the subject of such a negotiation has an impact on women and girls, whether in terms of security, access to services, or demobilization of radical fighters.

Gender analysis looks at quantitative and qualitative information to identify, understand, and explain differences in impact between people because of an individual’s identity. It can examine such differences that exist (or do not) on:

This type of analysis takes into account how women and men live and work, how they support their families and communities, and the constraints that they are under in doing so. For example, a 2012 study by the U.S. Agency for International Development with the Afghan Women’s Capacity Building Organization found that 80 percent of Afghan women have access to a cell phone, almost half owning their own, many of them having acquired it recently and many of them younger women, indicating access was increasing rapidly. But of those who didn’t own a phone, more than half cited “lack of permission from family members as a major obstacle to acquiring one.” That means it is still harder for women to access information. According to a recent gender analysis conducted by CARE, , 45 percent of Afghan women cannot access adequate information about COVID-19, thereby reinforcing existing health disparities.

One way to ensure that this gender analysis is completed in a systematic manner is to embed at least one gender advisor in the U.S. and Afghan delegations. Gender advisors are essential to effective policy and program development. Effective gender advisors have the technical skills, competencies, and experience necessary to provide appropriate, in-depth guidance to integrate a gender lens, and a gender analysis, throughout the process of policy formulation and program development.

Afghan women negotiators like Fawzia Koofi and others have asked the U.S. and other international partners to vigorously pursue at least two specific objectives that could at least provide some measure of security and empowerment for women in Afghanistan’s future. First, that they press both the Afghan government and the Taliban to reserve at least 30 percent of elected seats and appointments in Afghan political institutions for women. Second, that international aid to Afghanistan be conditioned on protecting the constitutional role of women in Afghanistan’s governing institutions. Conditioning aid to the Afghan government might provide a very real incentive to ensure women’s rights are protected both on paper and in reality. These are key demands.

In the United States, there is a bipartisan commitment on Capitol Hill to protect the hard-fought gains that women and girls have made since the fall of the Taliban government 20 years ago. Senators Menendez (D-NJ) and Risch (R-ID), the leaders of the Senate Foreign Relations Committee, both expressed their concerns about the impact of the U.S. decision to withdraw on women and girls.

Senators Dianne Feinstein (D-CA) and Joni Ernst (R-IA) just introduced a bill to protect Afghan women and girls after the U.S. military withdraws. Senator Jeanne Shaheen (D-NH), the only woman on the Senate Foreign Relations Committee, has consistently raised the impact of U.S. policy on Afghan women and girls. She was instrumental in the declassification of a National Intelligence Council memo that sets out concerns about the continued rigidity of the Taliban’s views of the role of women and girls, though it also suggests possible opportunities for internal and external pressure that might moderate its policies.

As the process of U.S. troop withdrawal from Afghanistan continues over the coming months, it is essential that the Biden administration ensures that Afghan women are part of the peace process and that every issue in the negotiations is analyzed with an eye towards gender equality and women’s rights.