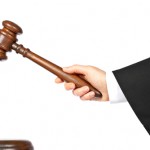 This blog was also posted on Huffington Post on February 5, 2013.

Stories about Afghanistan are often told in large set pieces about war, violence and regional history.  And in fact those stories are critical to understanding the region, the country and the life that people live.  But I am attracted to the small stories, the details that can easily be missed.

One such story was my recent experience as a judge in Afghanistan’s Jessup Moot Court competition, which was held over several days last week.  By way of background, the Jessup is the world’s largest moot court competition, with participants from over 500 law schools in 80 countries.  In this competition, teams of up to five participants argue fictional cases before the International Court of Justice.  The questions of law this year – existence of states without defined territory, treatment and proposed transfer of refugees and seizure of state funds – were complex and nuanced.  Teams from eight Afghan universities (not necessarily law schools) participated in the competition held in Kabul, and the winning team advanced to the international rounds which will be held in Washington, DC later this spring.

I will admit that I love the courtroom, and that as a law student and a lawyer, I watch litigants like many people watch sports teams.  And so, I was happy to spend my day off for Martin Luther King’s birthday as a judge for one of the qualifying rounds.   I was the presiding judge of a three judge panel.  All of the participants before my court argued these complex matters, both in writing and orally, in English, a language that is not their native one.  Some were better than others (obviously) but they all did something I am not sure I could ever do, use very complex facts and legal theories and make a case in a language not my own.  My two fellow judges (one American, one Afghan) and I asked hard questions, kept strict timing and pushed them when we didn’t think they had responded to us.   As a lawyer, I was more than impressed.   Neither of the teams I judged advanced to the Afghan final round, which was held at the Afghan Supreme Court, but all of them reminded me that the law can bridge many worlds and many places, and in its own way, bring people together across the globe.