The Rule of Law Post: What’s important to know about women, gender norms, and terrorism 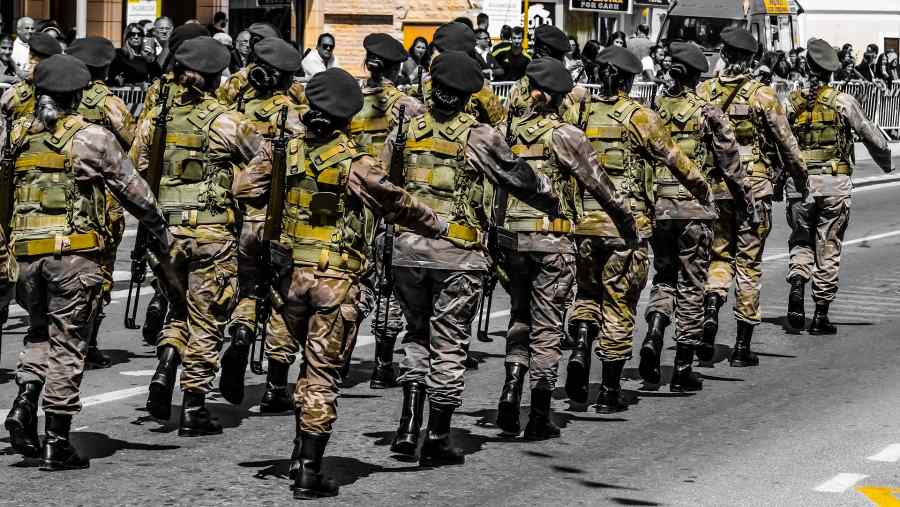 This piece was published on April 24, 2020 by the University of Pennsylvania Law School Center for Ethics and Rule of Law.

Effective counterterrorism depends on understanding the unique relationships among women, gender norms, and violent extremism. Those who develop counterterrorism plans and strategies must have an informed view of women’s varied roles in the “terrorism landscape” and the gender dynamics of recruitment, or their work will be less effective.

That women and girls are targets of extremist violence and terrorism, including the use of sexual violence and slavery to terrorize, suppress, and demoralize entire communities, has become well known by the international community. Common examples include the Islamic State’s terror campaign against Yazidis, particularly women, as well as Boko Haram’s kidnapping of girls in northern Nigeria.

Women also play a key role in peace and security. Peace agreements are 35 percent more likely to succeed in the long term when women are at the peace table. Yet women remain underrepresented in such settings: only three percent of mediators, four percent of signatories to agreements, and 13 percent of negotiators are women. To build stronger and more peaceful societies and fight terrorism, we must promote inclusive political processes and empower women and youth. This is reflected in UN Security Council Resolution 1325, subsequent resolutions, and 83 country-specific National Action Plans on Women, Peace and Security.

While men are more visible in groups such as the Islamic State, the Revolutionary Armed Forces of Colombia (FARC), and alt-right groups, women do join and play important roles. Overall, at least ten to fifteen percent of members of terrorist groups are women. Based on data from 2014 and 2015, 10 to 20 percent of Westerners traveling to join the Islamic State were women and 13 percent of fighters were women. Up to 40 percent of FARC members were women, serving in a broad range of roles as spies, armed fighters, and logistical support staff.

In general, women in these organizations or movements play a combination of three overarching roles:

Countering the Conventional Narrative About Women

The conventional narrative is that women are forced or coerced to join groups like the Islamic State, the Irish Republican Army (IRA), or any extremist group, and that when they join it is based on emotion, not reason. There are also those who argue women mainly join right-wing extremist groups because of coercion by family members or join ISIS for the romance of being a jihadi bride.

These narratives paint only part of the picture. They miss the complexity of women’s motivation and are based on the idea that women are inherently, and always, peaceful and conflict averse. From a policy perspective, these narratives underestimate the role of women as active members of these groups and women’s agency to make, in this case, bad decisions. Such a view limits effective response.

Over the last several years, there has been a growing recognition that women, like men, are driven by a complex mix of cultural, political, economic, ideological, and personal reasons for joining extremist groups. These include the need for recognition, as well as the grievances they see and experience in their communities or hear about online and in the news.

For both men and women, the drivers of radicalization include ideological conviction and righteousness, past or ongoing human rights violations by state actors and law enforcement, being a repeat subject of discrimination or learning about community members who are the subjects of discrimination, endemic inequality and poverty, and a desire for belonging. Many young men and women are alienated, unsure how to navigate modern life.

While the drivers of radicalization do not differ substantially for men and women, there is a gender dimension to recruitment, and it is important to understand the role of masculinity and gender dynamics. Men are often driven by a feeling of emasculation. Extremist groups across the ideological spectrum provide a way for men to “reclaim” their manhood and use that as part of their recruitment technique.

Using Traditional Gender Norms as a Tool in Recruitment

Policymakers and those charged with preventing and countering violent extremism and terrorism may not prioritize an understanding of gender norms, but extremists do. In addition to ideology, extremist groups appeal to potential recruits’ unease with evolving norms of gender equality by elevating traditional forms of masculinity, privileging men’s rights, and regulating women’s conduct. These gendered messages are also aimed at men. For example, Islamic State recruiting messages for men focus in part on the importance of sex segregation and access to women as a “spoil of war.”

The propaganda targeting women living in Western countries focuses on how these societies “disrespect” Muslim women and see them as victims and/or terrorists. Some of the recruiting propaganda for these groups stress the importance of liberating faithful women who are imprisoned by “infidel governments.” Propaganda in English and French uses “women’s empowerment” messages to attract women. It speaks to motherhood obligations, portrays being part of building a Caliphate as empowering, and highlights opportunities available to women in the Islamic State and their role in state building. The ISIS Women’s Manifesto sets out these traditional gendered roles for women as part of a long-term recruitment strategy to recruit Muslim women.

The Islamic State is not alone in this approach. At the same time, both Islamist and far-right groups use a rejection of Western, secular gender roles to recruit women who are questioning, and often rejecting, evolving values about women’s roles, whether those values are seen as Western, secular, or non-traditional. Notably, in some far-right groups women’s roles have expanded from activists to gang leaders and other positions of leadership.

Women: A Force for Counterterrorism and Deradicalization

Further, women must be engaged in the development of counterterrorism plans, both at the community and programmatic levels. Governments and civil society must empower women overall to build strong and vibrant societies. Local officials, including local police, must take women seriously. Women have unique vantage points to detect early signs of radicalization. Women are on the front line of extremism and notice its call signs; they see a decrease in their rights, an increase in harassment, changing dress code requirements, and attacks on girls in school. For example, in a southern Afghan village, women noticed an influx of suspicious men claiming to be Uzbek businessmen and taking interest in the village’s young men. The women suspected the men were targeting boys for recruitment into terrorist forces and presented their concerns to a government official, who “laughed them out of his office.” A month later, the new recruits abducted 32 passengers from a public bus and killed them.

Finally, there must be meaningful representation of women in the security sector, at both the policy and operational levels. The security sector, like all other sectors of society, must ensure that women participate in equal numbers to men. Governments must increase the number of women in law enforcement and the military, where the number of women is dreadfully low, hovering between 10 and 25 percent. (Globally, women comprise between 7-29% of police forces in select countries, and average 11% of military forces in NATO countries.) Women are able to increase/diversify the type of information gathered by interacting with other women and children, at locations sometimes inaccessible to all-male teams, and by improving how communities view law enforcement.

It is critical that those involved in developing counter-terrorism plans and strategies understand the various and nuanced roles that women play in the terrorism landscape. Plans and strategies that ignore a gendered analysis and the data supporting such analyses are destined to be less effective.

While the social, economic, and political drivers that lead to radicalization do not differ substantially between men and women, there is an undeniable gender dimension to the recruitment and retention of both women and men. This, in turn, necessitates an appreciation of the ways that masculinity and discomfort with changing gender norms are used for recruitment.

Understanding and addressing gender dynamics can help ensure that policymakers and practitioners are more effective in combatting terrorism and building stronger, safer societies. Interventions based on this gendered perspective can make us all safer by preventing recruitment and increasing effective reintegration for those who disavow these groups.

From 2012-2017, Stephenie Foster served in the U.S. State Department as a senior adviser/counselor in the Secretary’s Office of Global Women’s Issues and as an adviser on women and civil society at the U.S. Embassy in Kabul. She is a University of Pennsylvania Carey Law School graduate and a co-founder of Smash Strategies.