by Stephenie Foster | May 7, 2018 | Featured Posts, Women in Business, Women in Leadership, Women in Politics 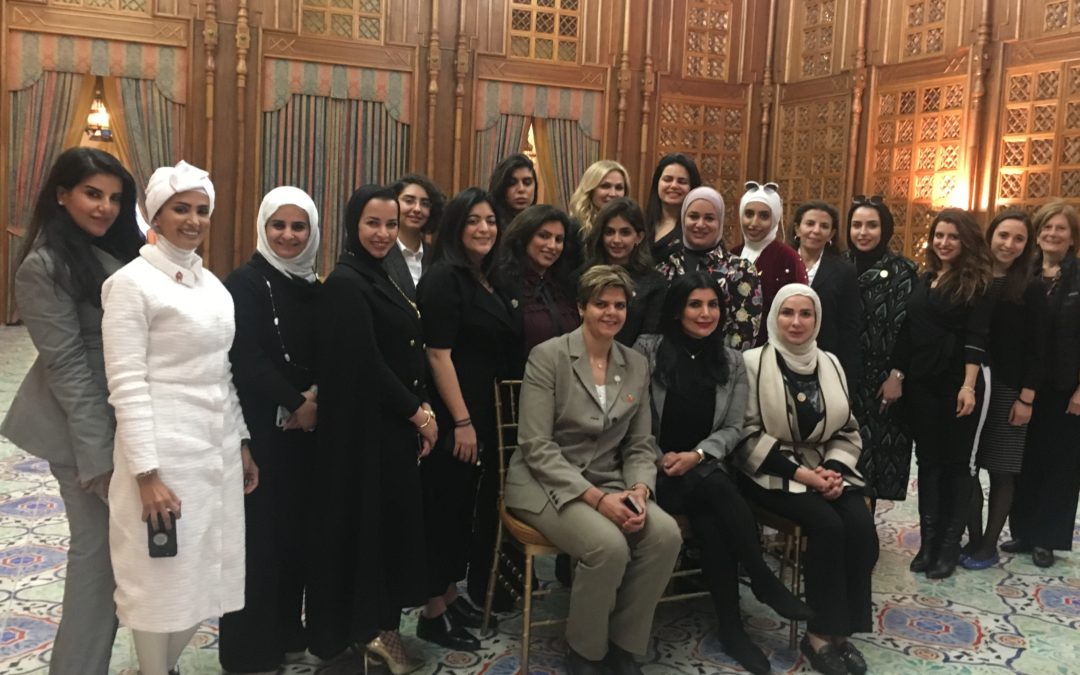 Truthfully, it’s a mixed picture. According to the 2017 Global Gender Gap Report, Kuwait ranks 129, of 144 countries, on gender parity overall. Having said that, however, 50 percent of Kuwaiti women are in the labor force. They have higher levels of educational enrollment than Kuwaiti men, have access to financial services and bank accounts, although at lower rates than men. They marry in their 20s, have their first child at 30, and on average live the same number of years as Kuwaiti men.

One area where Kuwaiti women are not represented is in elected office. Having won the right to vote in 2005, Kuwaiti women voted for the first time in 2006. Four women won seats in the Kuwait Parliament in 2009 (out of 65 members), but currently, there is only one women serving in the Parliament.

In April, I worked with a group of exceptional Kuwaiti women interested in expanding their participation in public life, whether that means running for political office, supporting other women’s campaigns, leading in civil society and business, or working to address legal issues that impact women’s ability to fully participate in society, such as gender-based violence.

They were in the U.S. for two weeks, and visited Washington, DC, Annapolis, Maryland, and Dearborn, Michigan. They met with leaders from a cross section of institutions and communities: the federal government, Congress; state and local government; the judiciary; non-governmental organizations; experts in political leadership and campaigns; and academics. They met men and women, Arab Americans and not, elected and appointed officials, and those seeking political office.  They got to see American political fundraising upfront and personal by attending a large DC gala dinner, supporting women candidates in the upcoming election cycle.

Of course, the reason behind such a visit is exposure to American people, places and viewpoints.  These experiences gave these women a sense of what has worked here and why and what hasn’t, so they can think about what might work in their context when they return home and strategize about their way forward. As always, it is interesting to me to see our institutions and our democracy through their eyes.

They grappled with existential issues, such as what it means to be an Arab American, and the tension between assimilation and integration. Meeting with young elected officials, they were taken by how those officials balanced their own values and views with respect for others in their family and community who may not hold the same views.

And, importantly, they came away with a strong sense that women across the globe — no matter how different our contexts and outward appearances — face such similar challenges and gender norms that can make it hard for us to fully participate in public life and the economy.  That is something that I have seen myself working with women globally over many years and in many different contexts and places. At the same time, women lead very different yet very similar lives. Through experiences like this one, we can learn from each others’ experiences how to ensure that societies in every part of the world are taking advantage of everyone’s talents, ideas and passions.