In Memory of Anne Smedinghoff 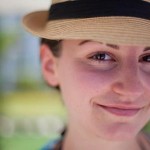 I am back in DC and the first thing that I learned after getting to my house was that there had been a deadly attack in Zabul.  I then learned that Anne Smedinghoff was the young diplomat who was senselessly killed, while on her way to deliver books to a school.  Anne was a good friend and colleague in the public affairs section.  We were in training together and landed in Kabul the same day in July of last year.  There are so many things that I could say about her, but her parents said it best. My favorite memory of Anne is when we went to the Rotary Club fundraiser at Strikers bowling alley in Kabul.  When we returned to the Embassy compound, we were giddy – it had been so much fun and we just sat at dinner and giggled for about an hour.   Anne was a gem.  I miss her already and always will.  My thoughts are also with the others killed and injured; one of those still in critical condition was also a colleague from that same training class.